I saw a post floating around Facebook in support and recognition of mamas who have needed a c-section.  The post spoke to the censure that decision can have....and about how we should stop apologizing for a medically necessary surgery.  Because sometimes, it is necessary.

But rather than embarking further into the controversy of birth, it got me thinking about choices we all need to make from time to time that are outside what might be popular.  Pretty much any parenting decision has a counterpoint that holds the opposing view with fervor.

It got me thinking about my tendency to hedge such choices and even apologize for them.  To apologize for non-choices as well.  But you know what?  The world hasn't earned an apology from me.  It hasn't earned one from you either.  Do God's will and you'll find the world would like many, many apologies.  But reading that post, it just struck me how much of myself I directly or indirectly apologize for or hide for the comfort of others.

I homeschool, I let my tots cry it out, I had a c-section, then an induced VBAC.  I only have two kids, and they're pretty great.  I've spent eight years of my life trying to conceive, and some days I feel super done with ever timing my life around that endeavor again.  That is, until I read this from Dwija and then I feel like maybe, just maybe I can hold on a little longer.

My decisions are different than anyone else's.  That's really as it should be, seeing as how God made me to be me.  But still, the struggles I face make me feel like apologizing over and over again.  When I show up with two kids at a Catholic homeschool event and another mom is talking about being exhausted by the constant stream of children they've been blessed with?  What did you say?  I was watching my 9 y/o help the 2 y/o while I sit here feeling guilty that life isn't harder.

I need to stop the defense, put down the weight of guilt.  It wasn't meant for me to have the burden you carry.

A lifelong defense has been my weight, how I look.  I am reticent to post full-body shots very often, and even in that, it's an inward apology of how I look.  Since contemplating this defense, I've mindfully posted full head-to-toe shots the last two weeks Sunday. 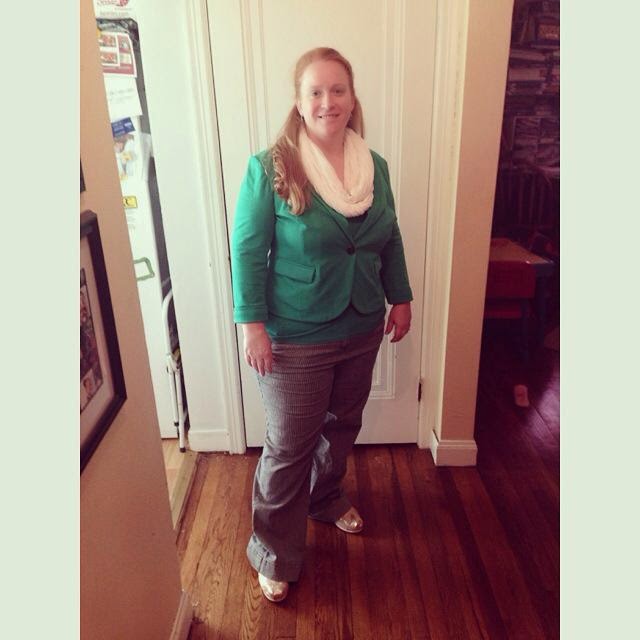 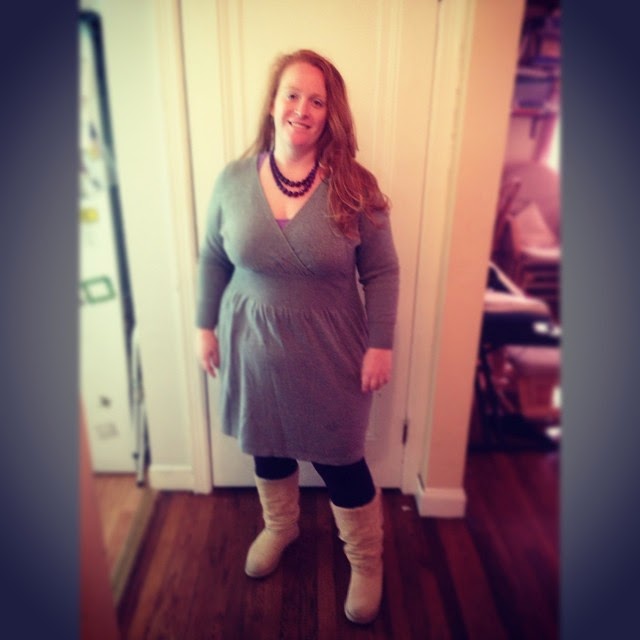 I am even working to take greater care and joy in my "look". 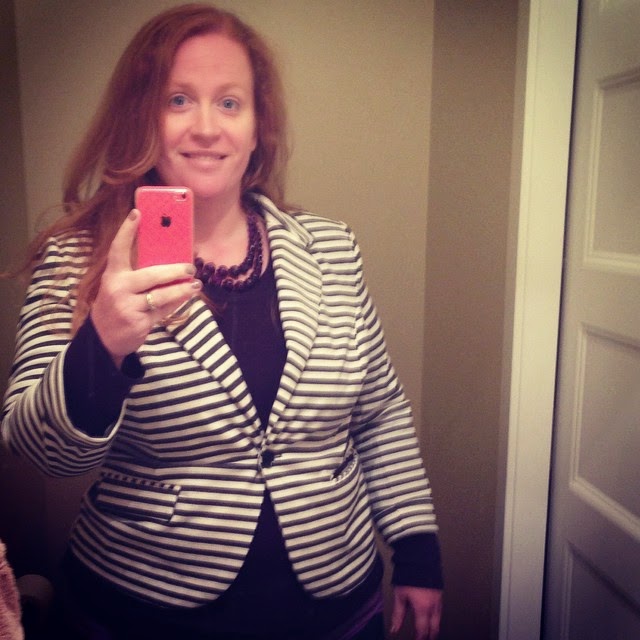 You know what, I've worked hard to look like this.  I'm not entirely happy with what I see in the mirror, but I know what that image has done, what it is capable of.  I regularly rise before dawn to do strength training, I reluctantly avoid carbs, I jog 5Ks.  All for the sake of losing weight.  Some of that focus is to feel better about me (although knowing the kind of intense workout I'm capable of makes me much less inclined to apologize for how I look), some of that is because I'm 17 lbs above the magic number on the scale that every time I have achieved, I've gotten pregnant.

I've worked hard to make the scale budge, but I'm letting go of the constant apology I feel I need to give for it not moving.  I don't want to be the role model of apology and self-recrimination to my daughters.

Little by little, I'm going to work on letting the defense rest.  Because being defensive is exhausting, and I need no apology.