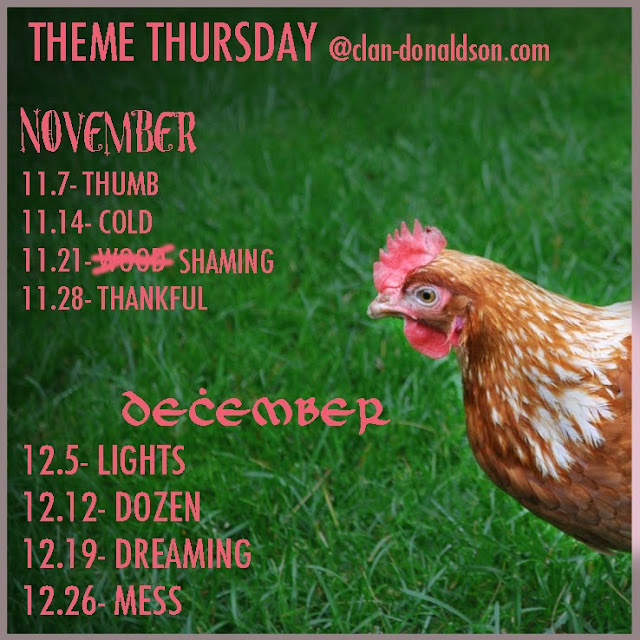 When Annery was in her 20's, she had a lot of answers.  Answers for everything.  Potty training her oldest as soon as possible was of the utmost importance.  It was a rush to pull-ups, then on to the thick little training underwear that doesn't really stop the pee, but at least soaks up enough to keep little shoes mostly dry.  Potty training was a stressful time of rushing to bathrooms and learning the location of all bathrooms in a four-city region.

Now Annery is in her 30's.  She wonders if this has made her wise or lazy.  Maybe both.  Annery no longer feels the rush to potty train that haunted her with Little Bean, now a perfectly continent 8 year old.  Little Bean learned in her own way, in her own time.  It wasn't really until she made up her little mind that diapers were for babies that potty training took root.

In short, it wasn't anything Annery did.  Annery was just the accessory.  She helped pull pants back up and rinse out the gross little potty chair.  She washed hands and dispensed candy and stickers.  Annery was really more the door greeter than the director.

Six years later, Sweet Pea is showing some interest in the potty chair.  She asks about it and wants to sit on it, even though nothing happens when she does.  She likes the potty and wants to be a "big girl".  Inwardly, Annery cringes, thinking about the extra set of clothes and accidents that are the hallmarks of a potty training toddler.  "Can't she just wear a diaper until she's so old she just starts doing it all on her own?" Annery wonders.

Finally though, Sweet Pea's cries of, "potty!" are answered.  Daddy takes pity on his tiny 17 month old and hoists her onto the toilet.  Sweet Pea is so proud of herself!  She does nothing more than sit in the strange open bottom chair, but she knows it's a big deal.

As Annery answers the cries of, "Mommy, come look!", she wonders if perhaps her husband is trying to shame her into potty training the desperate toddler.


As sweet as the scene was, Annery is still fairly confident that she's going to drag her feet on potty training.  "What's the rush?" she wonders.  It's not as if there won't be more diapers, God willing, in the future.  Why should Annery start having to worry about car seats full of pee every time she leaves the house?  No, she's confident this will remain a game for many months...let the shaming continue.
Posted by Annery at 8:01 AM