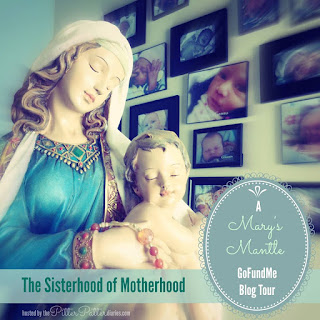 Tuesday was a hard day.

It was finally time.  Time to go through maternity and baby clothes that were sitting unused, and indefinitely unneeded as my infertility drags on.

It was a weepy, hard thing to go through all those memories in clothing form.

To look at the dress I wore to a wedding five months pregnant, the button downs I wore to work meetings, the comfy pants that always fit....even overdue.

Then there were the baby clothes, some packaged up for my little sister's impending arrival and the rest off to the prolife center.

But, all the sorting almost didn't happen.  I was procrastinating the hard by working on a more joyful project - superhero dresses for the soon-to-be three year old.

Then, a text from a friend. 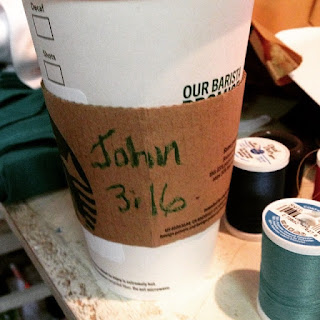 A hot drink on my doorstep.

That drink, that little piece of love and support helped me start.  And every time it got hard, I'd take a drink, then think of my friend who lives 30 minutes away, but made the time to drop it off.

Then, as I sat, emotionally spent from putting baby clothes in boxes to give away, a message from a friend offering to bring dinner.

But, she didn't just bring dinner....she brought bags and bags of groceries.  One thing after the next, just reminding me that there are friends who love us, who are praying for us.

And I'm pretty sure they were calorie-free treats, because the scale was kind the next morning :)

Wednesday afternoon, I hauled three giant garbage bags stuffed with clothing at the local pro-life center where I volunteer weekly.

There was some excitement going on over a mobile medical unit on display in the parking lot, and as I brought in all my maternity clothes, some older man said, "Oh, don't give up!  Don't you need those clothes again?"

No sir, I am not giving up.  But that has nothing to do with whether or not I'll ever wear maternity clothes again. 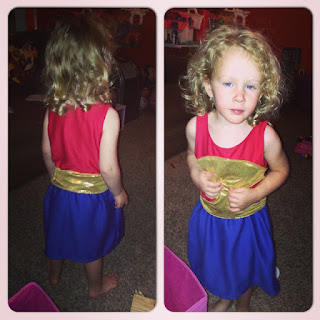 I laughed it off as best I could and responded, "oh well, maybe I'll need some, but I'll just buy new ones then".

That.  That was the interaction over giving away my maternity clothes.  It felt like my heart was being ripped from me to part with those clothes because they symbolize something I can't choose to do, that I can only wait and pray for.

I know they're going to such needing homes.  I know it was time.  I know I have a half dozen friends who will loan me anything I might need for a future pregnancy.  Still, it was tough that there was no fanfare, no effusive congratulatory applause over my sacrifice.

But it hit me, so much of motherhood is hidden from fanfare.  There is no applause for the third time you clean noodles off the floor in a day.  For the countless times we walk by a room and pick up items strewn along our path.

So much of what we do as mothers is hidden.

She didn't blare the trumpet or receive any applause for her mothering.  She did it, hidden, even largely in the Bible, for most of her mothering.

When do we hear about her mothering in Jesus' childhood?  When she loses Jesus.  Not the best mom day.  No record of the meal she spent hours preparing for her family.  No record of walking the floors late into the night with a tiny baby.

Quietly pouring herself out.  Watching the world have no appreciation for her son, her life's work. 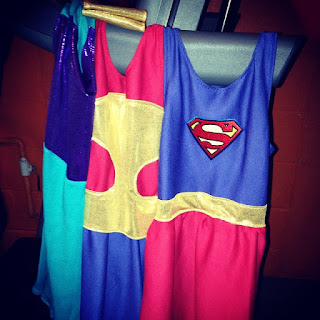 Mama had it rough.

So much of who we are as women and mothers is moving pieces behind the scenes so the whole set doesn't fall down.  Those friends bringing me love and encouragement in the form of food, mothering me.

The friends checking in throughout the day to see if I was okay, mothering me.

The friend offering giant margaritas of solidarity in our infertility struggles, mothering me.


The world doesn't need what women have, it needs what women are. - St. Edith Stein

The pro-life movement is close to my heart, and as we speak of our universal motherhood and our potential to be what the world needs, I'm also presenting another need.

Mary's Mantle is a home for expectant mothers in Southfield, MI.  They are in need of donations to furnish their facility.

A word about non-profits and fundraising

Due diligence is always an important part of supporting/contributing to fundraisers of any type.

To help you discern, here are some statistics provided by the IRS via http://nonprofits.findthecompany.com/l/1786661/Marys-Mantle

An Overview of Mary’s Mantle from this website includes the following data: 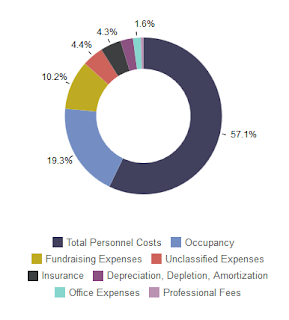 Determining if a nonprofit is right for your donation:

There are so many worthwhile causes for your donation dollars, it can be hard to know how to spend them wisely.  To do that, you need to think about how you feel about where an organization’s money is going.

Mary’s Mantle spends a higher percentage of its funds on personnel than similar nonprofits, but a lower average dollar amount per employee.  This could be an indication that a few employees are earning the bulk of the salary (as is common with small nonprofits) or that the overall overhead is low.

This particular GoFundMe campaign is specifically for furniture.  When the nonprofit is a house, furniture is a necessary expense.

A word in particular about donations going to salaries:

In many cases, pro-life center staffs are greatly augmented by volunteers.  Volunteers play a role in the success of Mary’s Mantle as well.  However, salaries are a necessary expense in the care and running of such locations.  It is right and just that individuals called by God to support a ministry are able to feed and shelter their own families through their ministry work.

Think about the tithe at church on Sunday.  A portion of that tithe goes to keeping the building maintained, the lights running, the water paid; but a portion of that also goes to the priest’s salary.

Because it is right and just that he have an income.  While some religious take a vow of poverty, not all who are called to serve in the various and wonderful ways that God calls us are able or called to do so without compensation.

In the nonprofit sector, many work at lower salaries than the private sector offers because they believe in the cause.  But, those individuals also believe their children need diapers and their houses need heat.

I thank you for considering this cause for your donation dollars.  Whatever you are called to contribute financially, please keep this ministry in your prayers.  We are in a time of terrible attack on life, and such ministries need grace to weather the storm.
Posted by Annery at 3:00 AM